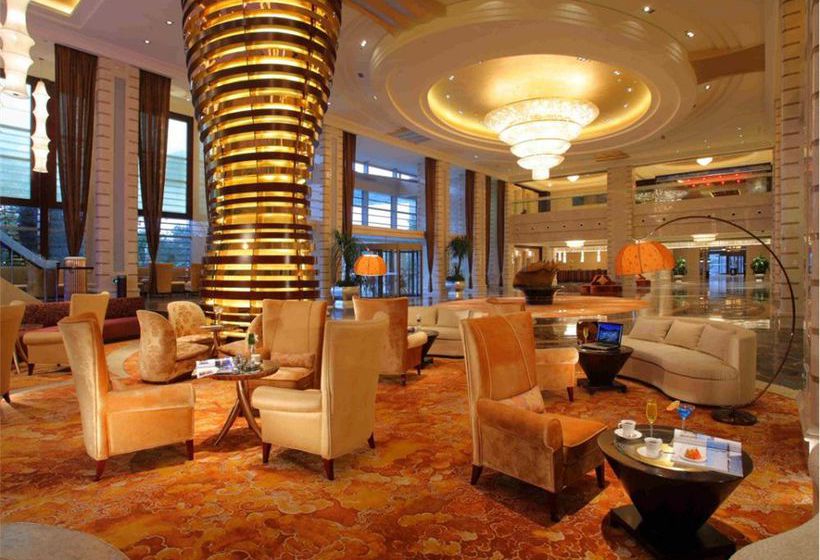 A stay at New Century Grand Hotel places you in the heart of Beijing, minutes from Fayuan Si Buddhist Temple and close to Tiananmen Square. This 5-star hotel is within close proximity of Baoguosi Market and Niujie Mosque. Take time to pamper yourself with a visit to the full-service spa. You can take advantage of recreational amenities such as an indoor pool and a fitness center. Additional features include complimentary wireless Internet access and wedding services. Featured amenities include complimentary high-speed (wired) Internet access, complimentary newspapers in the lobby, and a 24-hour front desk. Event facilities at this hotel consist of a conference center and conference space. Make yourself at home in one of the 329 air-conditioned rooms featuring refrigerators and LCD televisions. Complimentary wired and wireless Internet access keeps you connected, and satellite programming provides entertainment. Private bathrooms with shower/tub combinations feature rainfall showerheads and complimentary toiletries. Conveniences include phones, as well as safes and desks.