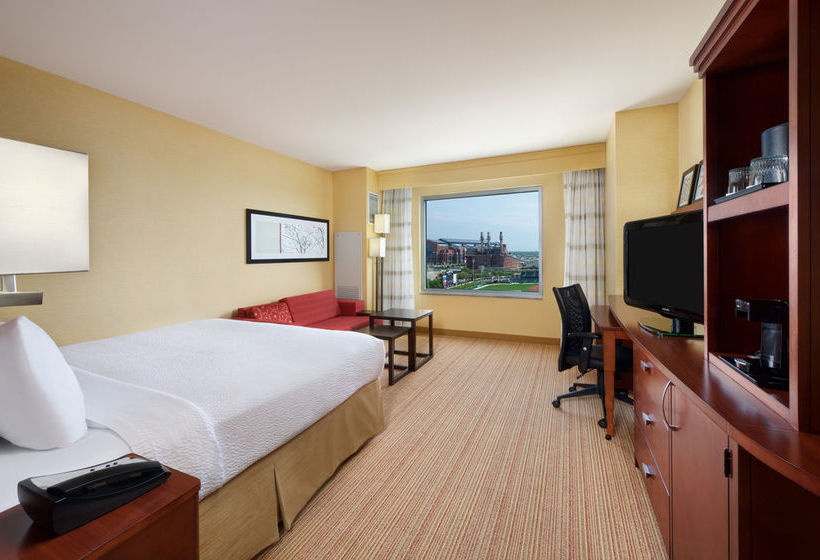 With a stay at Courtyard by Marriott Indianapolis Downtown, you'll be centrally located in Indianapolis, steps from Eiteljorg Museum of American Indians and Indiana State Museum. This hotel is within close proximity of NCAA Hall of Champions and Indiana Historical Society. Enjoy recreational amenities such as an indoor pool and a fitness center. Featured amenities include complimentary high-speed (wired) Internet access, a 24-hour business center, and a computer station. Self parking (subject to charges) is available onsite. Make yourself at home in one of the 297 air-conditioned rooms featuring flat-screen televisions. Complimentary wired and wireless Internet access keeps you connected, and cable programming provides entertainment. Bathrooms have complimentary toiletries and hair dryers. Conveniences include phones, as well as desks and coffee/tea makers.