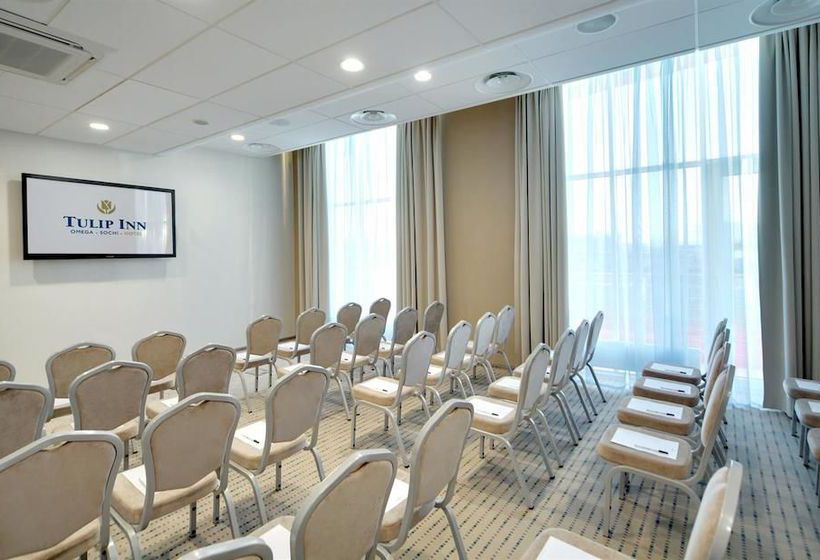 With a stay at Tulip Inn Omega Sochi in Adler (Imeritinskaya Lowland), you'll be minutes from Ice Cube Curling Center and close to Adler Arena. This 4-star hotel is within close proximity of Bolshoy Ice Dome and Iceberg Skating Palace. Take advantage of recreation opportunities such as a fitness center, or other amenities including complimentary wireless Internet access and concierge services. Additional features include a television in the lobby and tour/ticket assistance. The complimentary beach shuttle makes getting to the surf and sand a breeze. Featured amenities include express check-in, express check-out, and complimentary newspapers in the lobby. Planning an event in Adler? This hotel has 3766 square feet (350 square meters) of space consisting of conference space and meeting rooms. Free self parking is available onsite. Make yourself at home in one of the 324 air-conditioned rooms featuring minibars and LCD televisions. Rooms have private balconies. Complimentary wired and wireless Internet access keeps you connected, and satellite programming provides entertainment. Private bathrooms with bathtubs or showers feature complimentary toiletries and hair dryers.