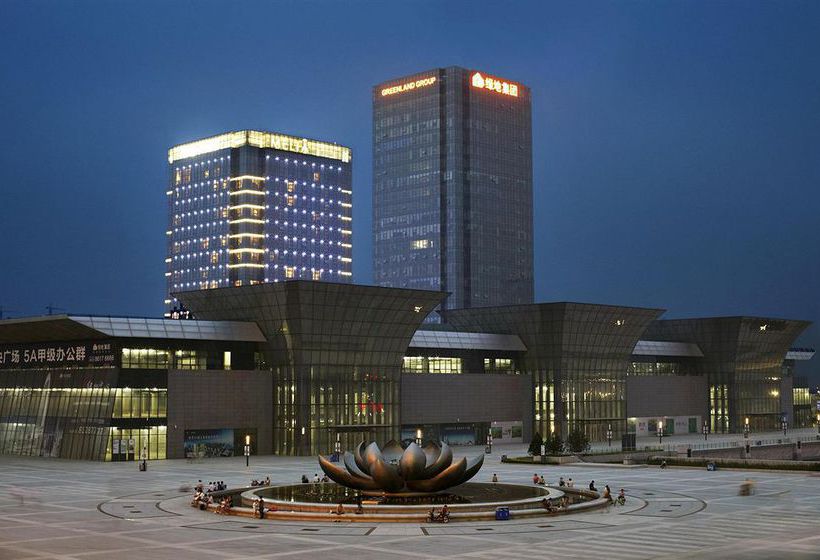 With a stay at Meliá Jinan in Jinan, you'll be in the business district and within the region of Baotu Spring and Shandong Stadium. This 4. 5-star hotel is within the region of Daming Hu and Daming Lake. Take advantage of recreation opportunities such as a 24-hour fitness center, or other amenities including complimentary wireless Internet access and concierge services. Additional amenities at this Art Deco hotel include supervised childcare/activities, wedding services, and a television in the lobby. Getting to nearby attractions is a breeze with the area shuttle (surcharge). Featured amenities include complimentary high-speed (wired) Internet access, a business center, and express check-in. Planning an event in Jinan? This hotel has 11707 square feet (1088 square meters) of space consisting of a conference center, conference space, and meeting rooms. A roundtrip airport shuttle is provided for a surcharge at scheduled times, and free self parking is available onsite. Make yourself at home in one of the 231 air-conditioned rooms featuring iPod docking stations and flat-screen televisions. Complimentary wired and wireless Internet access keeps you connected, and satellite programming provides entertainment. Private bathrooms with separate bathtubs and showers feature rainfall showerheads and complimentary toiletries. Conveniences include phones, as well as safes and desks.